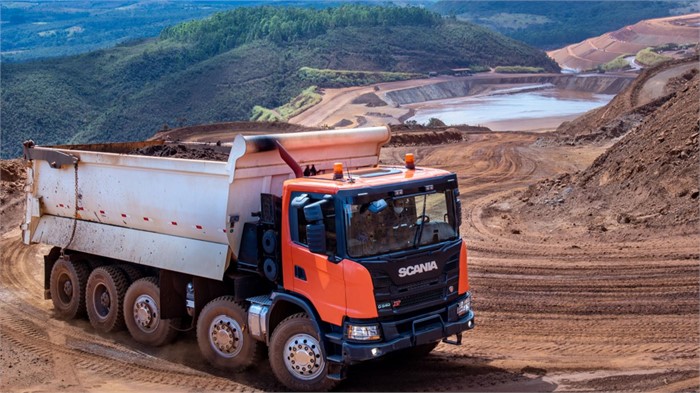 Scania recently unveiled the G 540 10x4/6 XT Heavy Tipper truck with a gross vehicle weight (GVW) of 69 tonnes, a new entry in the G-series that the company says is “a heavyweight contender” for mining and construction operations. also features an air-sprung steered pusher axle. The 69-tonner joins several other XT Heavy Tippers in the range, including a 6x4 unit with a 47-t GVW and an 8x4 truck with a 58-t GVW. Other features across the range include a higher-torque gearbox and propeller shaft, powerful differential and hub reduction, and a maximum traction capacity of 210 t.

“At The Forefront Of Innovation”

“The time has come to launch a product with the highest load capacity of its peers in the market,” says Sven-Erik Gustafsson, head of Scania Mining. “Once again, Scania is at the forefront of innovation to exceed customer expectations and take on the yellow equipment manufacturers. Compared to its 8x4 competitors, the Scania 10x4 reduces cost per tonne by up to 15% since fewer vehicles are needed to move the same load.”

Scania’s G-series trucks are available with day or sleeper cabs as 4x2 to 10x4/6 tractor units or rigids. Engine options include 9- or 13-litre units that produce between 280 and 540 horsepower (209 and 403 kilowatts) and from 1,400 to 2,700 newton-metres of torque. They are also available with eight- or 12-speed range-change or range-splitter transmissions. Rounding out the powertrain are single and tandem driven axles.

You will find hundreds of new and used Scania trucks for sale on Truck Locator, including not only G-series, but also P-series, R-series, and S-series models.